March 4, 2016
From the 88thAcademy Awards to Super Tuesday, politics dominated social media. Here are some of my favorite finds from the Twitterverse this week: 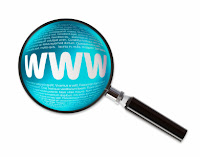