An Eggciting Week in Review

March 30, 2018
With Easter around the corner, we’ve been on the (Easter egg) hunt for some trending stories. Here’s a few to send you hopping into the weekend: 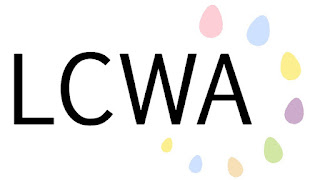 You Crack Me Up
Easter and April Fools Day land on the same day this year, so check out this list if you’re looking for a little egg-stra help with your pranks this year. Don’t miss the perfect opportunity to disguise grapes as Cadbury Crème Eggs, fill a chocolate bunny with broccoli or mustard, or super glue your plastic eggs shut.

You may know comedian and television creator Donald Glover from his show Atlanta, his role in the TV hit Community, his recent cameo in the newest Spiderman, his upcoming role in Star Wars’ film Solo, his upcoming role in the live action Lion King remake, or many other items on his resume. This last week FX announced that they will no longer be producing an animated series about the Marvel superhero Deadpool that he was writing, due to “creative differences.” It has been theorized that they stopped production due to Glover’s busy schedule. In a fashion that mirrors his witty humor, Glover took to twitter posting script pages for the show, not only proving he wasn’t too busy for it, but also directly referencing the cancellation in the dialogue of the characters.

A Team with Mad Hops

Loyola Chicago plays in the Final Four this weekend, but their bookstore is already winning. Since the school made the “Sweet 16” only a week ago, sales at the campus bookstore skyrocketed 300 percent. LUC has opened a pop-up store on Michigan Avenue in Chicago to keep up with the demand from fans. Our team members Bill and Brian have everyone beat, though, as Loyola fans pre-bandwagon (and proud Loyola graduates).