October 4, 2013
With the official shutdown of the U.S. government being the major story of the week, there were a few important social media related moments that need to be called out. Here are some of the stories that gained attention this week: 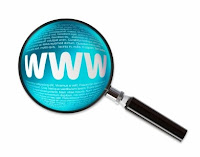