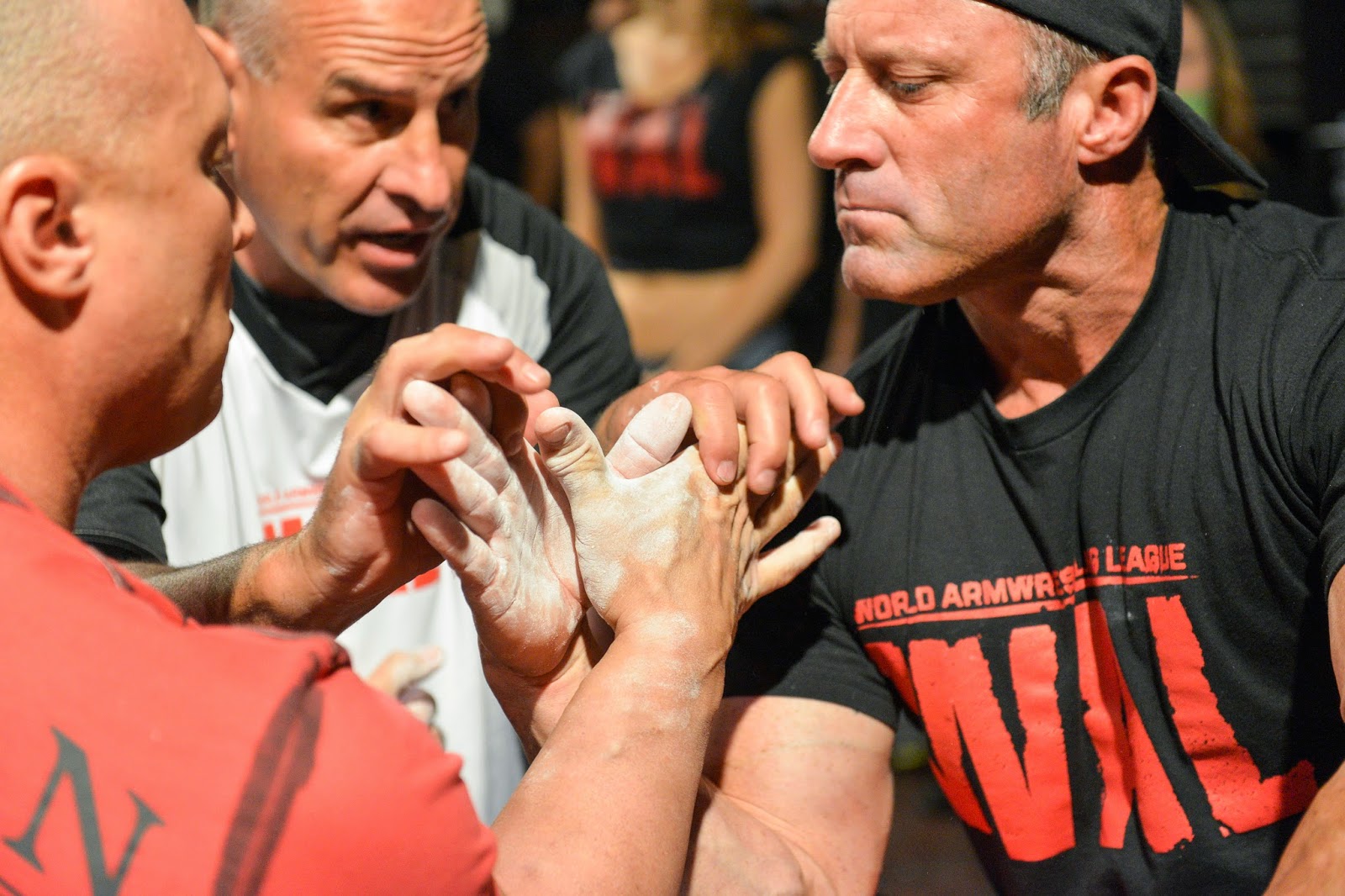 The “baddest pullers” in North America hit Chicago this week to compete in one of the country’s largest World Armwrestling League (WAL) tournaments and LCWA armed them with a major TV appearance to promote the event.
The Fox Chicago morning show “Good Day Chicago” featured a live, 4-minute interview with three WAL champs, who discussed the surge of the underground sport in the U.S. and how one masters this gritty form of combat. A highlight of the gripping coverage: Anchor Corey McPherrin putting his elbow on the table to challenge 5-time national champ Devon Larratt. Who prevailed? See here.