December 4, 2015
As winter finally rolls into Chicago with flakes, flurries and a rush of holiday shoppers, here are my favorite finds from this week! 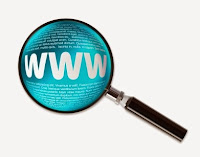