Cooking Up a Crisis and Tracking New Trends

January 26, 2018
While the USA Gymnastics trial and government shutdown talks dominated the headlines, there were a few unrelated stories that somehow cut through the clutter. Here are a couple that captured our attention:
The Unicorns Are Back – It wasn’t long ago that news feeds were filled with magical references of a unicorn trend. Well, according to Shutterstock’s 2018 visual trend report, fantasy landscapes, colors and even unicorns will continue to be popular. In fact, the image service found a 297% increase in unicorn searches by its users in 2017. Space themes, natural luxury and punchy pastels also top the visual trend list.
Crock Pot Crisis – Product placements are no stranger to movie and television audiences 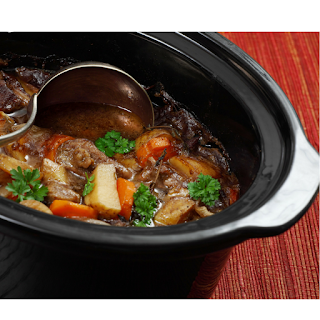 today. We all remember the impossible-to-ignore trail of Reese’s Pieces followed home by an alien named E.T. or have seen branded shopping bags on the kitchen shelves of some of America’s favorite television families, but how often do we see a product placement spark negative backlash and a social media frenzy? Until this week, the Crock-Pot was nothing more than a hardworking kitchen appliance. Now it’s a central plot point on the NBC’s hit show “This Is Us,” implicated in the death of the family’s beloved patriarch, Jack Pearson. And Crock-Pot is on the defensive. Coverage has bubbled up to national media outlets such as FOX News, CNN and more, causing the brand and PR team to stay on their toes.

Social Media Resolutions – It’s hard to believe that January is nearing an end, but it’s not too late to embark on a New Year’s resolution. Besides just thinking about personal goals, consider elevating your social media marketing strategy with a few new features offered by some of the major social platforms. From increasing your creative flair to educating audiences in new ways, revamping your social strategy can help further increase engagement and delight your fans.
Check this out – Go ahead, admit it! You’ve spied on friends, colleagues or strangers online to see what they’re up to. Whether for curiosity sake, positive reinforcement or just a sense of fulfillment, we’ve all done it. According to Mashable, this desire to dig through our social media feeds is part of our DNA. But be careful, social media can have a negative effect on our mental health as others’ lives aren’t always what they appear to be online. It seems obvious, but yet we still go back to who just liked, shared or commented on our photos.