“Building” the Case for More Client Coverage in Orlando

January 25, 2018
For many the LCWA home PR team, January means one thing – IBS. No, I’m not talking about digestive disorders (although trade show food can definitely be rough on the stomach). I’m talking about the International Builders’ Show – the largest building and construction industry gathering in the world. 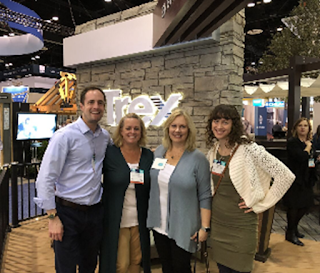 As one of the nation’s top agencies specializing in home products, we’ve attended the show and handled media logistics for many years on behalf of several different clients. What makes this year unique, however, is that we had not one – not two – but three clients exhibiting at this year’s show, all eager to connect with builders, showcase new products and secure media coverage for the months ahead.
Working a trade show for one client is challenging enough, but threerequires an immense amount of coordination, attention to detail, and above all else, coffee. It’s enough to make your stomach turn, but with four team members on the ground in Orlando, we not only emerged in one piece, but with immediate placements and pending coverage for all three clients. Here are some highlights from this year’s show:

Beyond immediate placements, the International Builders’ Show is an ideal opportunity to reconnect face-to-face with editors and lay the groundwork for coverage in the year ahead. If the early results are any indication, we’re in for a promising 2018!