The warm Chicago weather has us all itching for summer, but we’re not quite there yet. This week has shown that the news has no boundaries, from gigantic movie premiers to the crumbling of one of the biggest data firms; it’s been a busy week. Enjoy! 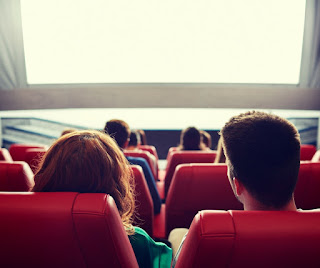 An Opening With a Bang – Move over Star Wars, the biggest opening weekend in movie history now belongs to the new film Avengers: Infinity War.  In North America alone, Infinity War opened with a total gross of $250 million, beating out Star Wars: The Force Awakens by more than $2 million. Even more impressive was the splash Infinity War made in foreign markets, adding more than $380 million, totaling $630 million globally. Marvel continues to be a powerhouse in the box office and it doesn’t seem to be slowing down, with more and more films (Deadpool 2, Ant Man and the Wasp and Captain Marvel, to name a few) hitting theaters in 2018.

Starbucks Resolution – Following the explosive story about two men who were arrested at a Philadelphia Starbucks last month seemingly without cause, it’s been reported that they have reached a settlement with Starbucks and both men will receive free tuition to Arizona State University. Additionally, the two men, Donte Robinson and Rashon Nelson, have reached an agreement with the city of Philadelphia in which they will receive a symbolic $1 from the city. Philadelphia has also agreed to spend $200,000 on young entrepreneurs. In efforts to make sure an incident like this does not repeat itself, Starbucks will close its doors nationally on May 29 so employees can go through racial bias training.

Succumbing to Scandal – Everyone knows that Facebook has had its issues as of late, and it’s now apparent just how big that impact can be. Cambridge Analytica announced that they will immediately shut down all operations. Its misuse of Facebook user data, the downfall in clients and tacked on legal fees and issues have caused the data giant to close the curtain. Known for working on Donald’s Trump’s 2016 campaign and then misusing as many as 80 million users’ data, the data firm has been under fire for a while and many people see this as a “well finally” moment.

Belt it Out – Two of the most recognizable voices, Celine Dion and Christina Aguilera, both dropped new singles and music videos Thursday morning. Dion’s new power ballad called Ashes seems fairly run of the mill at first, but then you notice it’s paired with the upcoming release of Deadpool 2. The unexpected combination of the legendary vocalist and Marvel bad mouth is sure to be an interesting pairing. Aguilera on the other had released Accelerate, a single that is sure to be at the top of the billboard charts in no time. The Kanye West produced song is rooted in hip-hop with a strong “club vibe” and is giving everyone old X-Tina vibes.