June 10, 2016
From viral sensations to new updates on some of the biggest social platforms, the web was full of interesting news this week. Here are some of my favorite finds from the past week: 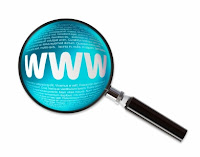