August 17, 2018
Yet again, the Internet was abuzz with political news, scientific innovations and social media chatter. Here are a few of my favorite finds:
Say What? We all know how cryptic IKEA instruction booklets can be. Six-plus hours later 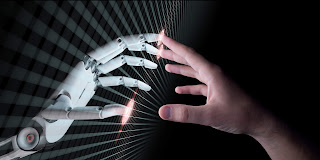 and perhaps even a threat to a friendship or relationship, your furniture might be fully assembled. But behold, there may be hope in your future. Researchers at Nanyang Technological University in Singapore have developed a system of two robotic arms that are capable of assembling IKEA chairs in 20 minutes. Who knows if they’ll make it to the states anytime soon or what the likelihood is for them to assist with your project, but one can dream.

Talk about Crazy Hype – Curious about the hype behind Crazy Rich Asians? Here’s a quick rundown. 1) It’s based on the 2013 best-selling novel by Kevin Kwan; 2) It’s the first Hollywood film in 25 years to star an all-Asian cast; and 3) It’s about an Asian-American woman who visits Singapore to meet her boyfriend’s family for the first time only to discover he’s basically the Prince William of Asia. The film scored 100% on movie reviews on Rotten Tomatoes before it even hit theatres! According to the director, it’s more than a movie. It’s a movement to shift the way Asian actors are viewed in Hollywood.
Moving Soon? If you’re looking for a place that offers top-notch healthcare, stability and a great environment, check out the latest list of the world’s most liveable cities. According to the Economist Intelligence Unit, Vienna has ended Melbourne’s seven-year reign as the top city, scoring a near perfect score of 99.1 out of 100 in the index. Cities in Australia and Canada took six of the 10 spots with the United States again missing out. (Are you surprised?!)
Just Out of Curiosity – The art of selling a product is more than creating a compelling sales presentation or having the perfect elevator pitch. While those tactics certainly help, forging a meaningful conversation with a customer or media partner is also key. To eventually sell something, you must keep a conversation going to 1) learn enough about the prospect and 2) propose a deal that makes sense to that prospect. According to Geoffrey James, contributing editor for Inc.com, the most important four words to keep the conversation are: “Just out of curiosity…” It’s a response to show you’re not discounting the prospect, but simply want to educate yourself about their decision. Read more about how these four little words can turn a “no” into a “yes.”
A Fountain of Youth – Imagine a world where some of us could live longer, maybe even indefinitely. A team of scientists at a British university says its latest experiments have revealed “exciting” progress on the road to “reverse aging.” At the risk of overselling, the scientists conceded that a real life anti-aging pill is still far in the future, but they’ve made noteworthy progress by developing the ability to “reverse the aging of human cells,” which could provide the basis for future anti-degeneration drugs.
WOW! First robots that can build IKEA furniture and now the possibility of immortality?! This writer needs a break from what once was only part of science-fiction films.
Have a great weekend!