Trex Teams up With Schools in Recycling Competition 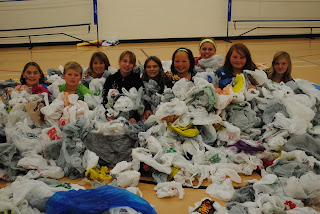 As the world’s number one composite decking brand, Trex goes beyond simply creating beautiful and environmentally responsible outdoor products. Trex also recycles plastic materials such as bags, newspaper sleeves and case overwraps that have been dropped off at commercial locations to turn into decking. In fact, a standard 16-foot Trex deck board contains recycled materials from approximately 2,250 plastic bags, making Trex one of the largest recyclers of plastic in the United States.
In addition to its commercial recycling programs, Trex hosts its annual Plastic Film Recycling Challenge where hundreds of schools across the nation compete against each other to recycle the most plastic film while learning about the importance of recycling. Trex asked us to help spread the word about the competition during the registration period.

Through targeted social media posts, forum posts on teacher and education-related sites and traditional media outreach, LCWA generated 31 placements, resulting in over 500,000 media impressions. Additionally, our efforts drove 84% of clicks to the registration website, which resulted in several new schools signing up to participate in the challenge. During the last challenge, participating schools recycled more than 167,000 pounds of plastic film, and we’re hoping Trex will surpass that total this year!