March 17, 2017
With the new American president using Twitter as a platform and social media becoming an increasingly more important channel for civic engagement, posts and tweets this week took a political bent. But – there also were lots of lovable pandas. Here are my favorite finds from this week:
Hate Speech Police – In advance of its 2017 elections, Germanyhas drafted a law that requires social sites, such as Facebook, to delete slanderous content or incur fines up to 50 million pounds. The potential law is sparking debate on whether or not these hate speech trackers will undermine social users’ freedom of speech.
Brands in the Political Fray – Should your brand take a stand socially and politically? A recent survey reveals 73% of consumers will switch brands if a similar 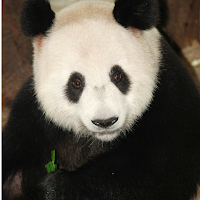 one supports a good cause. A recent “On Brand” podcast explores how companies can become more valuable when they are perceived as being authentic and having a point of view.

Big Mac Hack – Moments after a tweet from @McdonaldsCorp that insulted President Trump went viral, the company deleted it and announced that its account had been hacked. The event raises concerns about brands’ social media security and whether President Trump and Grimacewill remain friends and business partners.
The Great Firewall – Pinterest has joined the ranks of other social media sites that have been blocked by the Chinese government. The online world is questioning why a scrapbooking site popular for sharing images of animals and recipes, and not political commentary, would be of concern.

Pandas go Viral – Thursday was National Panda Day, and the Twitterverse was flooded with the most adorable photos and videos. If you want a reason to smile, check out this panda playing in the snow, this baby pandaor this panda trying to cuddle.