June 26, 2018
It’s easy to fall into the trap of thinking only the biggest budget, out-of-the-box campaigns can win awards – but that’s not always the case. Despite being a 147-year-old leading producer of performance commercial flooring, Ecore

had minimal visibility in industry trade publications – a vital conduit to its key audiences of facility and commercial design specifiers. Best-known in the athletic arena, the company sought to extend its reach and relevance into the healthcare and hospitality markets. In late 2016, Ecore retained LCWA to develop and execute a trade media relations program to boost the brand’s profile across each of its key markets with a focus on promoting its industry-leading advancements in three key performance areas – acoustics, ergonomics and safety.

At the beginning of 2017, the LCWA B2B PR team rolled out a year-long program focused on reaching design influencers and decision-makers through consistent and meaningful coverage in trade media covering each of Ecore’s target industries. Our goal was to secure an average of three placements per month for the brand and deliver a YOY impressions increase of 100%.
To achieve this, LCWA focused on keeping the media pipeline filled with Ecore news. We…
·         Used problem/solution scenarios to educated around the performance benefits and effectiveness of Ecore flooring;
·         Leveraged success stories to elevate Ecore as a thought leader across key markets;
·         Promoted Ecore’s presence at key industry events.
Working with tried and true tactics, including case studies, bylined articles, a whitepaper, 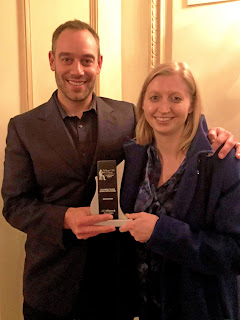 product announcements and opportunistic pitching, creativity was key to cutting through the clutter and capturing media attention. LCWA built a campaign around the question: Can a Floor Do More? This served as the thematic thread that tied activities together across audiences, categories and outlets.

Another cornerstone of our creative approach was incorporating clever headlines and copy to entice editors, such as:
In the end, our program did not generate the desired three placements per month. Instead, our efforts resulted in an average of three placements PER WEEK between January and December 2017. A total of 178 placements were garnered (35 print and 143 online) generating more than 6 million impressions – a 750% increase over 2016. Furthermore, based on the estimated value of the media coverage generated, the program delivered a ROI nearly double Ecore’s investment.