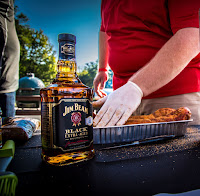 Fierce competitors set aside their differences in the name of barbecue and a good cause as some of Kentucky’s finest distilleries and cooperages gathered at the Jim Beam®American Stillhouse in Clermont, Ky,. last week for the inaugural “Great Distillery BBQ Cook-off.” Together with the world’s No. 1 selling bourbon, Jim Beam®, LCWA helped demonstrate that the world’s best barbecue comes from the world’s best bourbon distilleries.
From concept to reality in one month, LCWA’s expert team of in-house event and media relations specialists brought new meaning to bourbon and barbecue. The result was big and bold, just like the whiskies the Beam family has been making for more than 220 years. Guests enjoyed a series of hands-on activities such as cornhole, make-your-own barbecue rub and interactive tableside cocktails as they watched teams smoke, sear and sauce their way to the winners’ circle.

The competition not only celebrated camaraderie and America’s native spirit, but also

supported Operation BBQ Relief, a nonprofit consisting of volunteers from competition barbecue teams who provide hot meals to displaced families and emergency personnel in areas impacted by natural disasters. The organization was recently deployed in Texas and soon will be in Florida providing relief to those affected by Hurricanes Harvey and Irma. 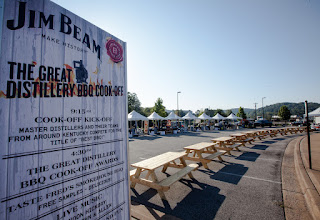